Today another Palestinian village has been hit by devastating home demolitions. Sixty-six people were made homeless, including 36 children in the community of Ain el-Helwe in the Jordan Valley. The Jordan Valley has been continuously inhabited for 11,000 years. It has been home to Canaanites for thousands of years, and now many of their descendants are being forced from their ancestral homes.

On Saturday, 1 February 2014, the United Nations humanitarian coordinator for the Palestinian territories said, “I am deeply concerned about the ongoing displacement and dispossession of Palestinians… along the Jordan Valley where the number of structures demolished more than doubled in the last year.” (Picture and quote from: http://english.alarabiya.net/en/News/middle-east/2014/02/01/U-N-slams-Israel-destruction-of-Jordan-valley-homes-.html) 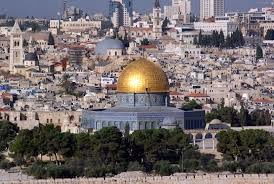 The short video shows how one man salvaged what he could from the wreckage of his home and moved his belongings into a nearby cave. In the short interview, he says that a judge forbid him from rebuilding. The man asked the judge where his family was supposed to live. The answer—that’s not my problem.

The next video talks about the very real possibility of new recently constructed apartment buildings being demolished. One local resident claims that no one will leave and the Israelis will have to demolish the building with the residents inside. A representative of a local NGO is quoted as saying, “That’s the way they clear land for future settlements.”
Posted by Dixiane Hallaj at 10:07 AM