NOT A HAPPY 64th BIRTHDAY, ISRAEL*

Send me a postcard, drop me a line,
Stating point of view.
Indicate precisely what you mean to say
Yours sincerely, Wasting Away.

Give me your answer, fill in a form
Mine for evermore
Will you still need me, will you still feed me,
When I'm sixty-four?


Almost everyone is familiar with the lyrics of the song by Paul McCartney of the Beatles.  Did you know that it was first released in 1967?  That was the same year Israel occupied the West Bank and Gaza.  Ever since, Israel has been trying to erase both Palestine and the Palestinians, trying to make them literally waste away.  But hope is on the horizon.

Yes, Israel, in a few more days you will be 64 years old, and I would like to send you a postcard, drop you a line, and state my point of view.  The injustice of what is being done to the Palestinian people is becoming evident to more and more people every day.  Military occupation is not a permanent option--and only you have the power to end it.

Unfortunately, the leaders of the most powerful countries in the world seem to think they do need you—and they continue to feed you, now that you’re sixty-four.


But there are signs that things are changing.


* I borrowed the title of this blog from an article in the Palestine Chronicle by Samah Sabwai.  See the article for a well-written update on the changing tide of public opinion. http://www.palestinechronicle.com/view_article_details.php?id=19259 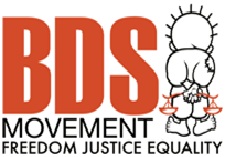 The BDS movement is one example of a grassroots effort that is making slow but steady headway in bringing attention and understanding to the issue.  The initials stand for Boycott, Divestment, and Sanctions.

The masthead of the website http://www.bdsmovement.net/ features the iconic cartoon character Hanthala created by Naji al-Ali.  Hanthala has come to symbolize the Palestinian movement in many ways (see my blog of February 18, Better to Light a Candle...).


Yes, Israel, things are beginning to change.  The people of the world are beginning to wake up and demand justice.  The recent decision by the United Methodist Church to divest from companies “whose goods and services enable the occupation to continue” is just the beginning.  https://www.kairosresponse.org/UMKR_Home.html has detailed information about the decision of the Church.

The effort to have TIAA-CREF, the pension fund giant that serves as the retirement vehicle of many hospitals, universities, and other non-profit organizations, join the divestment movement has been ongoing for many months. The youtube video of a flash mob effort to call attention to the movement gives a humorous look at a very serious topic.

It looks as though the efforts being made by a small army of ordinary people, each trying to add a voice to spread the word of the truth of what is happening in Palestine, is finally having a positive effect.

Sorry for the lapse in my weekly blog, but this blogger was on holiday and spent two weeks without internet access.  Yes, I was beginning to have withdrawal symptoms before I got home. :-)
Posted by Dixiane Hallaj at 8:15 PM